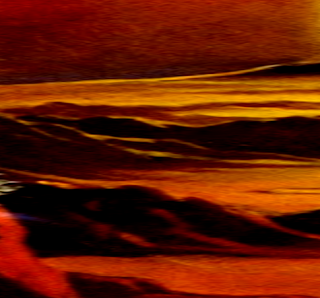 Arto, Jesamin, Sun, Taliat and Tabash dash for the outcrop.

The two Shen from Babakú; Sabb'asch and the young female Asab’at fire their wavium rifles. Asab’at’s projectile explodes far off the mark but Sabb'asch’s shot is dead on target and one of the larger beasts is blown off its feet. The barbed alien monster is still howling when its head explodes from the blast of Jesamin’s disruptor.

Taliat and Tabash fire on the large zrné still standing but both miss. Max aims his laser pistol at the same creature and also misses. Sun’s old disruptor rifle hums and its energy blast grazes the beast.

Arto and Cookie lob grenades into the knot of monsters, realizing at the last second that the creatures are likely near their maximum throwing range. Arto’s tangle grenade falls short, exploding in a mass of sticky pink fibers about 25 feet short. Cookie’s shock grenade falls a bit short as well but takes a lucky bounce and explodes close enough to the three smaller zrné. They fall back on their haunches looking dazed.

The large zrné bounds toward the outcrop where Arto, Jesamin, Sun, Taliat and Tabash are sheltered. The four Shen and Sun fire on the creature but only Taliat’s Z ray blast connects. The creature is clearly hurt but keeps charging.

Arto fires with his offhand heat ray pistol and misses but a beam from Max’s laser pistol burns into the side of the bounding creature. Cookie whips another stun grenade at the beast but misjudges its speed and the stun grenade sparks in the distance.

In an instant, the zrné has pounced and it’s on Taliat. Its front claws rip through the Shen’s space armor, badly injuring the alien warrior [8 hp damage and armor auto-seals]. Tabash reacts quickly, unsheathes a space sword and cleanly decapitates the monster.

Across the red sands, Sabb'asch, Asab’at, and Max emerge from cover of the wagon. Sabb'asch calmly dispatches the still dazed young zrné with three shots from his rifle.

Two dusty robots appear walking over the dunes from the direction of the moisture farm. The amplified voice of one of the robots rings in the now still Martian evening.

“Attention, please! You are trespassing and unlawfully hunting on lands registered to the Sugwe Moisture Farm. We claim these kills for the proprietorship. Vacate these premises immediately leaving the carcasses where they have fallen.”
Print Friendly
Posted by The Drune at 9:47 PM 7 comments

Email ThisBlogThis!Share to TwitterShare to FacebookShare to Pinterest
Labels: Turn 18 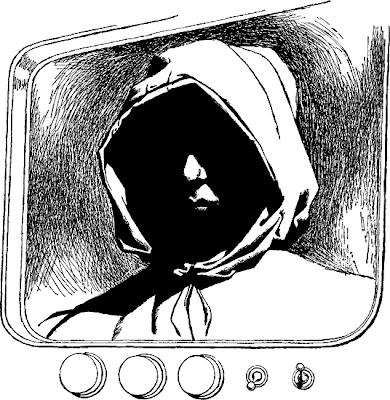 Apologies for the long delay.  Asssuming interest remains, I would like to resume the game with a post Friday evening.  Turns will probably be limited to one or two per week in the near future.
Print Friendly
Posted by The Drune at 8:45 PM 8 comments

Arto scans the rocky sands around the wagon and sees no trace of their movements.  Picking up a wavium rifle from behind the wagon seat, Asab’at turns to Arto,   “Zrné are very dangerous. Fast and agile hunters…poison in their claws. Two are full grown but the others are young and weak.“
Sabb'asch also readies his rifle.  “Terrible creatures of the Pe Choi worlds that have thrived here on Mars. If you intend to continue to the farm it may be necessary to destroy these creatures.  I see an outcrop to the north that would be within firing range.  We would be happy to help…the district agent will probably pay 200 CR for each scalp.”
Print Friendly
Posted by The Drune at 8:26 PM 8 comments

Email ThisBlogThis!Share to TwitterShare to FacebookShare to Pinterest
Labels: Turn 17

[Rolls for the six doses for the case of skin spray were 4, 4, 3, 4, 2, 4.  Sufficient to heal all injured characters completely].
Sabb'asch declines any offers of credits for the customs fee, “the customary bribe,” he calls it.  He rides in the front of the cart with his reptilian child while the party spills into the back with the few metal crates.  The Shén whips the great Martian lizards and the cart pulls out, soon it is beyond the city gates and on the north road.
The lands north of the city are rocky red desert scattered with domes and enclosures of agricultural and moisture farms.  A few humanoid skeletons, soldiers from the recent siege, stripped bare by scavengers and carrion eaters, are visible along the roadside.
In less than an hour, under the dark blue and violet Martian sunset , the road bears to the northeast at the base of a low escarpment and a sign reading “Sugwé Moisture Farm” points down a rocky lane that branches to the northwest and ascends the low rise.
Sabb'asch halts the wagon at the intersection, the domes and evaporator towers of the moisture farm can be seen in the far distance perhaps a mile away.  Taliat and Tabash notice shadowy figures moving along the lane to the northwest several hundred feet away.  Asab’at has seen this too and lifts a scan-scope to her eyes.
“Five Zrné,” she hisses.
Print Friendly
Posted by The Drune at 8:58 PM 3 comments

Email ThisBlogThis!Share to TwitterShare to FacebookShare to Pinterest
Labels: Turn 16

Over victuals and kaf, Sabb'asch  proves to be an extremely friendly,  likable and open reptilian.  He provides the party with their fill of tasteful treats, drink, and laughter.

He soon notices that several of his new found friends appear to be injured. He asks no questions but produces a container of skin spray [6 doses; heals d4 per dose] from a voluminous bag and offers it to whomever might need it.

Within an hour a young Shen arrives on the scene.  Sabb'asch makes the introduction for Asab’at, his female child and travelling companion.  She speaks little, is wiry and bright-eyed and it’s noticed that she wears a wavium pistol in a low slung holster beneath her desert robes.

Arto inquires about Sabb'asch’s home, the village of Babakú and what has led the Shen to trade so far from home.  Sabb'asch explains that this is his first visit to Akupánthur in many years.  He regularly trades with the cities on the Sea of Argyrá to the east and nearer his home; however rumours that much higher prices might be paid for his Babakún carpets in Akupánthur regrettably  lured him to the far west this season.

Martian minutes roll into standard hours and its noted that the customs official is some two hours late and the sun is hanging low in the sky.
At last, he appears, a grizzled desert rat of a man in an overfine red military uniform and golden slippers. As Sun surreptitiously lurks in the shadows hiding his face,  Sabb'asch excuses himself, huddles briefly with the inspector alongside the wall and slips him a heavy sack that is likely filled with coins. The official slides the sack into his shoulder bag and departs smiling, having inspected nothing.
Sabb'asch returns to the party and invites them aboard the wagon.
“Should be able to make your moisture farm before the dark beasts all come out,” he says baring a row of razor teeth.
Print Friendly
Posted by The Drune at 10:03 PM 9 comments

Email ThisBlogThis!Share to TwitterShare to FacebookShare to Pinterest
Labels: Turn 15 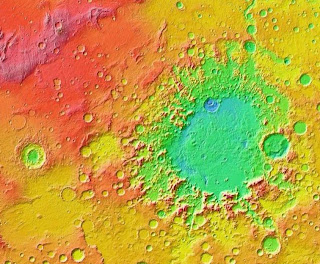 The robed figure, when approached, is seen to be a large and dangerous looking Shen. A battered wavium rifle is slung across his back and the robe is crisscrossed with bandoliers of ammunition. Despite appearances, he seems quite friendly and introduces himself as Sabb'asch, a trader from Babakú, a village located several hundred miles to the northeast. He explains that he had just arrived in the city prior to the siege and his trade goods were looted leaving him nearly credit-less. Now that hostilities have ended he is preparing to begin the long journey home and would happily convey the party a few miles north, as he will be travelling along the Lamplan road which passes through the northern agricultural district.

His large metal wagon has six massive knobby tires and is pulled by six large and brilliantly striped Gakúz. Although five large dura-steel crates are wedged into the front of the cart, behind the driver’s seat there is ample room in the rear.

Sabb'asch informs the party that he is awaiting a customs officer in order to obtain a travel permit but hopes to leave within two standard hours. [It is now several hours past mid-day, the rendezvous with Husz Chenu is to occur at midnight, in about ten standard hours.]

The Shen invites the party to join him for kaf on a carpet that he has laid out alongside the wagon in the shade of the high city wall. It is growing very hot, the mid-day sun is high in the tainted red sky.
Print Friendly
Posted by The Drune at 9:44 PM 7 comments

Email ThisBlogThis!Share to TwitterShare to FacebookShare to Pinterest
Labels: Turn 14 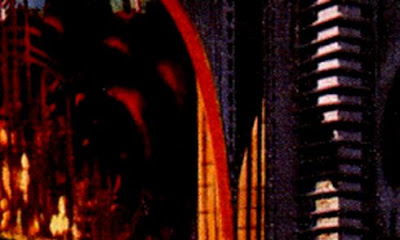 The party makes their way through the crowded bazaar, bearing to the north. Soon the high red plastisteel city walls loom in the near distance near the northern edge of the market.

Along the way, Sun manages to trade for a cheap dark grey hooded cloak of some odd vat grown synth-skin material. Jesamin finds a weapons booth where she has the opportunity to acquire a used Regulan disruptor pistol for CR 300. Prices for weapons in the market seem generally inflated. The Nininyal trader at the booth, speaking through a translation orb, offers a contraband black ray rifle for CR 3000 and a cumbersome Nyagga gamma ray pistol for CR 600. It also carries a fairly impressive inventory of standard weapons at prices about 20% over what one might pay in less backwater environs.
Arto locates a rickshaw stand near the north gate but the driver, a long legged, four armed mutant girl with fire red hair refuses to transport anyone through the desert beyond the city wall. She points to a robed humanoid standing near a Gakúz drawn cart and suggests speaking with him.
Print Friendly
Posted by The Drune at 9:25 PM 6 comments 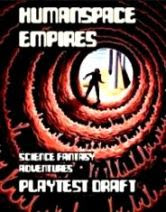